Trucking During The Corona Virus Inspires The Nation 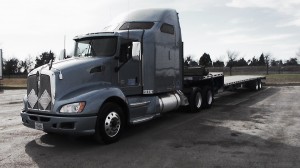 Trucking right now is inspiring and carrying the nation. Tagged as essential workers due to the virus, we already knew that trucking has carried all the food and supplies to the nation for decades so there is no lightbulb moment for us. The rest of the country may not have had a clue as to what we do and how hard the men and women in trucking work and what hours,days,weeks,and even months we put into the job. Trucking varies in types but make no mistake, we can see what supply chains do when they are stressed as according to the panic buying recently under the strains of a pandemic and shelter in place orders.

Truckers are literally the life blood of the nation. If we stop then people will be in a very bad way. Panic and even harm could come to the population so we roll night and day to keep the warehouses stocked and the stores restocking each day to try and replenish the shelves.  Other modes of trucking has also kept jobs going with supplies and projects that are still being completed during the outbreak. I have been out on the road since December of last year rolling and delivering project components. I just recently was able to make it home for a short time and taking a much deserved break.

Drivers all over have been rolling supplies all along the nation’s roads and we have seen both the best and the worst humanity has to offer. There have been reports of drivers having their trucks booted or towed and fined for parking in lots where they just delivered food supplies.

There has also been problems with drivers not able to walk up to a drive thru and order something to eat, but there are also many reports of  food places allowing and even encouraging drivers to call in an order and walk up to the window to get food.

I had the same thing happen to me. One Pizza Hut helped me by taking a phone order then delivering to my truck curb-side. I appreciated the hot meal. I was parked less than 150 feet away and they made sure I got something to eat. A McDonalds took orders from behind their in-store roll down gate and then delivered to the drivers right there and was glad to do it. These locations were in Idaho and Montana so they were very aware of what we were doing to help and we received the western hospitality.

A month and a half ago I tried to go into a big box store and just get a few things for my small frig. I went in and grabbed a cart and rolled to the grocery section and I was shocked to see the reach-in coolers and shelves were totally bare. Not a single bit of milk or juice was to be had. I was a bit ticked as my capacity was small anyway, so I don’t take up much room for ability to store items in my truck. People had wiped out the whole section of paper towels and or course toilet paper. I do hope that the people who did some of the hoarding gets a dose of karma some day as you ruined it for older people and folks who just needed a few basics.

I know we will make it through all of this as we see how we have proceeded to function in time of need yet again. Some folks will get a good grade and some will get a dose of karma for how they treated fellow citizens. I do hope you were one of the persons who helped out like so many other did in feeding and caring for the elderly or making masks and gowns for the front line troops in our medical workers.

We as truckers will continue to function as best we can as a long as there are loads to haul and keep shelves stocked. I do hope the shut downs will be released according to each state or region and their particular situation in virus cases. Not all states are going to be the same with major variations in population and density. But, with some production facilities being shut down I am afraid there will be a slow down like we are starting to see and loss even of driving jobs. The loads count are already dropping in some sectors and we need to get something moving or it will be hell to pay.

Thank you to all who recognize what we do. There many who had no idea of what went into trucking and how you got your food and clothing that you need daily. You are welcome and we do hope you will keep in mind the men and women on the front lines who have daily brought your sustenance to your table and kept you from being naked. We will keep rolling and make sure you have what you need.

Trucking During “The Rona” Interview Podcast